“It’s biologically impossible to feel critical of ourselves and make an open-hearted connection at the same time.  They’re mutually exclusive.”

“When we fixate on our reactions, it pulls us away from the primary experience of what’s actually happening, into a small room where how we think and feel about the experience becomes the most important thing.  Our evaluation of our habitual reaction as negative (is) fully two circles away from what’s actually happening—it’s our reaction to our reaction to what’s happening.  (Thinking) ‘After all this meditation, I shouldn’t be angry like this!’ (moves me) further and further away from conversation with you.”

I drove to the barn Thursday night after a rough week to see my old jumper Abe, who is on stall rest again.  It’s a minor injury, but we were supposed to show next week and this is another setback after a year of rehabbing his check ligament.  I’m upset—and trying not to be.

I’m grateful that my trainer, Jenny, has arranged for me to have a lesson on the big young mare, Missy. I’m wondering how it will go because the horse is both sensitive and an energy preserver.  Naturally quick and impatient, I prefer a more forward horse.  Missy balks or stops when she feels pushed.  I don’t like that; I do that.  But last week I saw Jenny ride a good jumper course on her, and I want to learn to ride Missy, too.

Knowing how my own internal state affects everything, I set an intention to be gentle, clear, and consistent.  I rubbed Missy’s crest and slowed my breathing before getting on.  We warmed up well.  I kept spurs away from her sides while inviting her forward.  When she balked, I’d touch her sides, get acceleration, remove all pressure, and we’d flow on.

Jenny set a row of ground poles down the center of the arena.  We trotted them both ways, making a circle after crossing each pole, working our way down the ring.  My barn mates were watching.  Steering was rough and my circles weren’t round.  Feeling the first jab of frustration, I lost the pattern.

And underneath that:  “I need to prove my worth.”

When Jenny made the poles into little jumps, it got messier.  Without even realizing I had independently upped the ante, I made the exercise harder by asking Missy to land on the correct lead for circling after each jump.  She lost her balance; I lost my composure.  I over-corrected her; she stopped dead and pinned her ears.  Frustrated at working so hard on something simple, I yelled, “Missy, don’t be a cow!” and dropped the reins.

My body sat on Missy, but my mind galloped off down the long, familiar racetrack of shame.  You blew it.  You know better.  It’s not her fault she’s green.  People expect more from an Equus Coach.  They’ll think you’re a fraud.  What’s wrong with you? Maybe you really can’t ride.

I couldn’t look at anyone.  Near tears, I said, “I should have quit while I was ahead.  I never should have tried this today.  I can’t ride her.  I miss my horse.”

Jenny stepped in with the energy that I had hoped to offer Missy—compassionate, calm, and firm.  Lost in my lifelong habit of self-shredding, a trauma-based reaction to my reactions, I heard only fragments:  ride her with compassion…I know you can teach a horse to land on the lead but this was not the time to introduce that…(and then: ) it’s your perfectionism that’s causing the problem.

Then Jenny said, “If she’s being a cow, it’s because you’re being an ass.”

Boom!  I laughed.  I rejoined the conversation with the moment, trainer, and horse.  “You’re right.  I am being an ass,” I said, rubbing the mare’s neck in wordless apology.

Pressure released, we tried the exercise once more.  I sat straight, weighted the outside stirrup, and used an inviting, opening rein over each jump. Missy landed on the lead three times in a row, ears pricked, and cantered on.

Draping a fleece cooler over Missy’s shiny back, I accepted being a flawed human.  I forgave myself for letting frustration make me mean.  Sidestepping my habitual pattern of walling off, the one I call “reject to protect,” I remembered that it is none of my business what my barn mates think of me as a rider or coach.  Cleaning tack and sweeping the aisle, I let them see me vulnerable.  I came back to the most important thing.  Thank you, Missy girl. 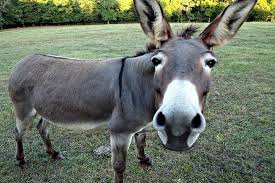 Equus Story: Ann and Joann, academics in transition
How can horses help you raise more money? Or improve any relationship?

Seek the real truth from each staff member and candidate: who are you? Where have you been? How are you wired? What’s your highest, best use?

When work teams get stuck, I ask these pointed questions: What is most important for us to do now and why? What is the best, easiest, most joyful way to achieve this goal? What’s in our way? Is our plan explicit, realistic, and understood?